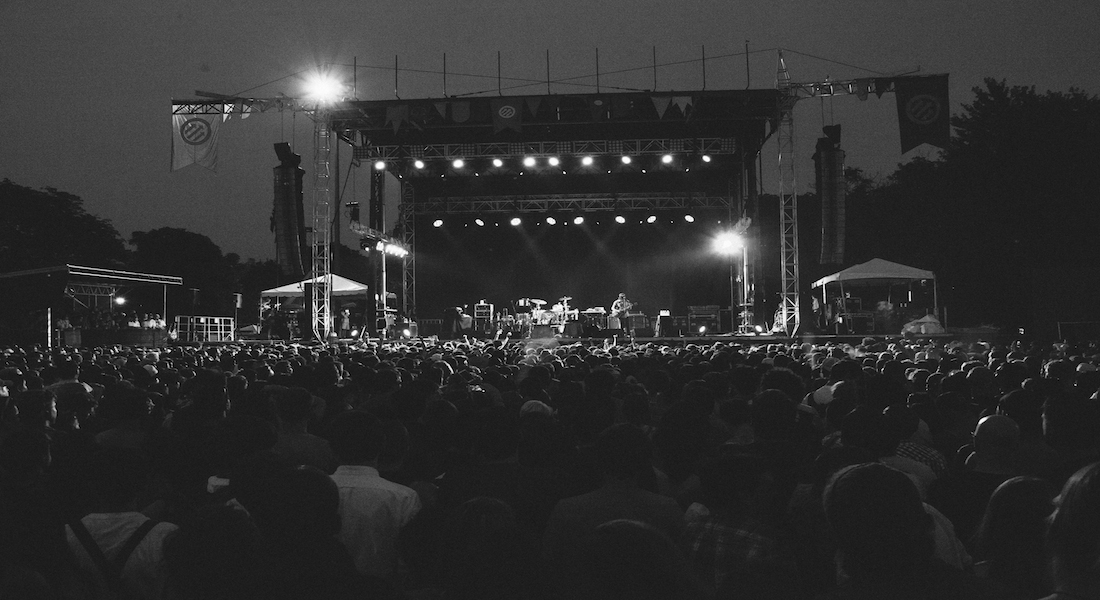 Union Park hosts the tenth Pitchfork Festival on the 17th, 18th and 19th of July. The main reason why Pitchfork has the edge over other music festivals in the city is that it is run by the Internet publication that devotes itself to thoughtful music criticism and commentary.

Pitchfork utilizes all genres, delving into the experimental realms of music production, sifting out the names of the outlandish best and pasting them onto their very own festival poster.

This year their direction has put Wilco, Sleater-Kinney and Chance the Rapper at the top of the bill. The three acts will headline the Green Stage, the largest on the site. The two bands formed in 1994, while Chicago’s own, Chancelor (the rapper) Bennett was born just one year earlier.

At 22, he is set to become one of the youngest performers to headline the festival. Chance has been and will be involved in a number of events and productions this summer. The most notable include the May release of ‘Surf’ as part of the collective ‘The Social Experiment’ and the curation of his own free festival, ‘Teens in the Park’.

Wilco have been around the block, particularly in Chicago. Their dolorous, yet celebrative records offer a wealth of material for them to leave longtime fans weeping joyful tears into something equally awesome brewed by Goose Island.

When Sleater-Kinney announced their reformation and released new album ‘No Cities to Love’, it was of no huge surprise that Pitchfork came calling. Inactive for almost ten years, praise and significance continued to grow in their absence- it’s been a long time coming for the riot grrrl trio.

On the Friday, Panda Bear returns after his first appearance in 2010. Expect to see him lurched over his tech early evening, just prior to Wilco.

ILOVEMAKKONEN will look to break out of association to the infectious ‘Tuesday’ and Mac Demarco could potentially play his entire set lying down on the field in front of the red stage.

Saturday will host the triumphant flare of Future Islands, who will headline the red stage. Three of the most prominent rappers of 2015: Vince Staples, ASAP Ferg and Southsider Vic Mensa will play the blue stage- yes, the smallest one. The Chicagoan released a single ‘U MAD’ this June featuring Kanye, but I won’t dare to make the inclination.

The heroic Run the Jewels are hopefully not clashing with Chance on Sunday while DJ pioneers Jamie XX, Caribou and A. G. Cook play supporting slots.

MOURN make their first appearance at the festival. Their raw, ‘we don’t hate men but have a song called “Boys are Cunts”’ self-titled LP dangled off the chain, heaving some of the best teenage-femiguts since early YYYs material.

Pitchfork festival stands above many, but remains incredibly cheap. Saturday has sold out but day tickets for Friday and Sunday are just $65, and after what I’ve just written I can’t believe it.