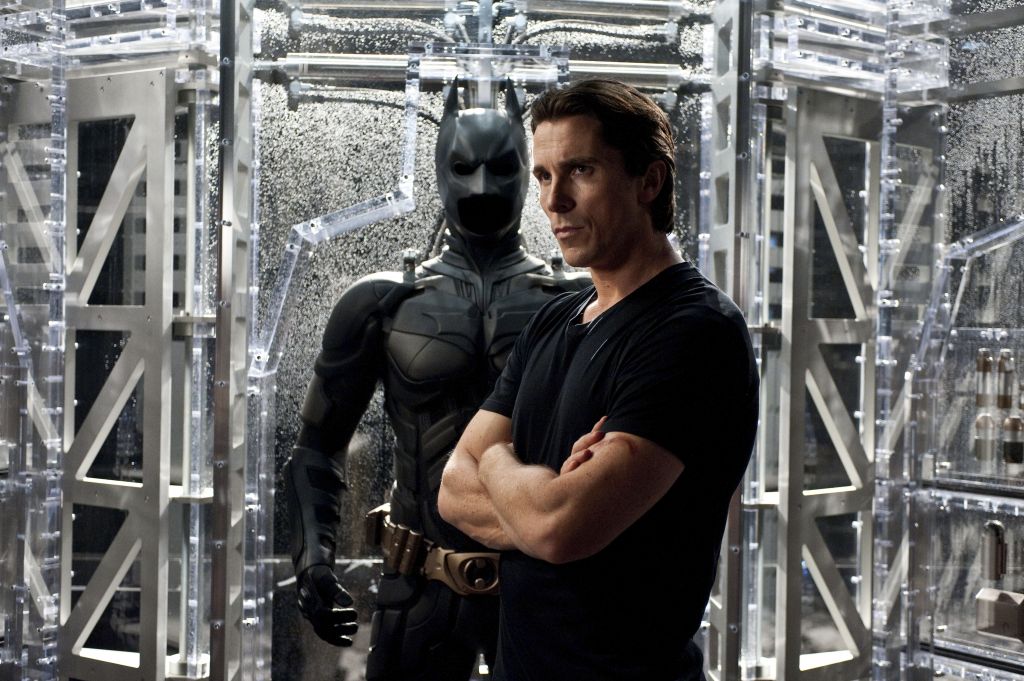 Let the Skyfall a Billion Dollars

“You either die in the sequel, or see yourself live long enough to become the trilogy.”

My friend Travis Pruitt said that during a heated online debate my friends and I had on whether the third and final installment in Christopher Nolan’s Batman trilogy lived up to the hype. And also taking into account it had a lot to live up to with how well the second film was/did that considered there was a lot to be up against.

SPOILER ALERT * Now what I actually want to touch on is the very end scene of The Dark Knight Rises. The one that caused all the fuss, and how I believe it is an inverse ending to how Man on the Moon (Milos Forman, 1999) ended with Andy Kaufman/Tony Cliffton (Jim Carrey) and Bob Zmuda/Tony Cliffton (Paul Giamotti) comparable to Bruce Wayne/Batman (Christian Bale) and Alfred (Michael Caine).

Man on the Moon is a biography and career life story of comedian Andy Kaufman. Just as Nolan’s Batman trilogy is the biography of the beginning and ultimate retirement/death of ‘Batman.’ Kaufman also had an alter-ego persona known as Tony Clifton whom he and Zmuda shared taking turns embodying. Not only does Zmuda act as a career partner, but also as a confidant and mentor as with Alfred is to Bruce Wayne/Batman.

As Bruce Wayne states in the first Batman film, Batman is to act as a symbol, to give up his identity defeats the purpose, “A man is just flesh and blood and can be ignored or destroyed. But as a symbol… as a symbol, I can be incorruptible, everlasting.”

Around the middle of the film some people have begun to realize Andy Kaufman and Tony Clifton are both the same person. As a way of counter-balancing that Tony Clifton schedules a show at a venue. During Tony’s act Andy walks out onto to stage and starts playing the bongo drums interrupting Tony’s performance. People in the audience at first are stunned to see Andy, but become intrigued and are more interested now that the real Andy is finally present. Tony gets angry and shoes Andy off stage, throwing water in his face, which of course angers the crowd. George Shapiro (Danny Devito), Andy’s manager, comes back to discuss his recent confusing show, to which Andy explains “At this point the audience expects me to completely shock them all the time. But short of faking my own death or setting the theater on fire, I don’t know what else to do. ‘Cause I’ve always gotta be one step ahead of them.”

In the The Dark Knight Rises Batman has become worn and weathered. It’s been 8 years since the face of Batman has been seen. Bruce Wayne’s cartilages in his legs are all cashed out. But of course with a new Villain, Bane (Tom Hardy) Batman/Wayne must rise to the occasion.

With another helpful tool, some type of hydraulic-powered leg apparatus, from Lucius Fox (Morgan Freeman) Wayne can use his legs for walking and kicking concrete! But Alfred this time tells Bruce it isn’t his job to be constantly saving Gotham at the expense of his own health/life. He then tells him what he wants more than anything is to see Bruce sitting across from himself in a Venice coffee shop he frequents on ‘holiday.’ Not to say hi, but to know that he has moved on from all the hardships that Gotham constantly and consistently has to offer (as does a super hero town). Too bad… Back to crime fighting, and Fox has outdone himself this time. Not only does Batman have a killer car, which in the second film added a detachable motorcycle, now we see Batman has a free flying helicopter/plane of some sort. Problem, there is no autopilot feature (yet). Too late. Imminent danger is upon Gotham in the form of a ‘nuetron bomb’, and with no time to spare Batman has to grab it and go! Flying as far away over the ocean as he can get before–KABOOM!!!! Batman: Brave, Gotham: saved. Gotham loses its hero and billionaire all in one fell swoop and no one connects the dots. The face of Batman is forever masked in a watery/nuclearized grave.

Andy has cancer, the one hard truth he has, and everyone refuses to believe him (at first). He even flies to a healing center in the Philippines to get it removed, but when he realizes the scam of the operation he can only laugh. Finally he is the sucker, the one on the outside of the ‘joke’ an appreciation only he can truly revere in such a circumstance.

Here is where it all comes together. One year after Andy’s death, we see his friends and family at the same comedy club where he got his start. Tony Clifton is performing a show. The camera pans back and we see Zmuda smiling in the crowd, the one other person who could have been portraying Tony. The MAN dies; the legend and persona lived on, a SYMBOL of his career.

Alfred is sitting in Venice and we see him drinking tea, he looks over to another table and smiles. There we see Bruce Wayne smiling back with Selina (Anne Hathaway), Catwoman, sitting and eating together. The SYMBOL of Batman is dead, but the MAN is alive to live as he sees fit. Like a Phoenix that rises from the ashes.