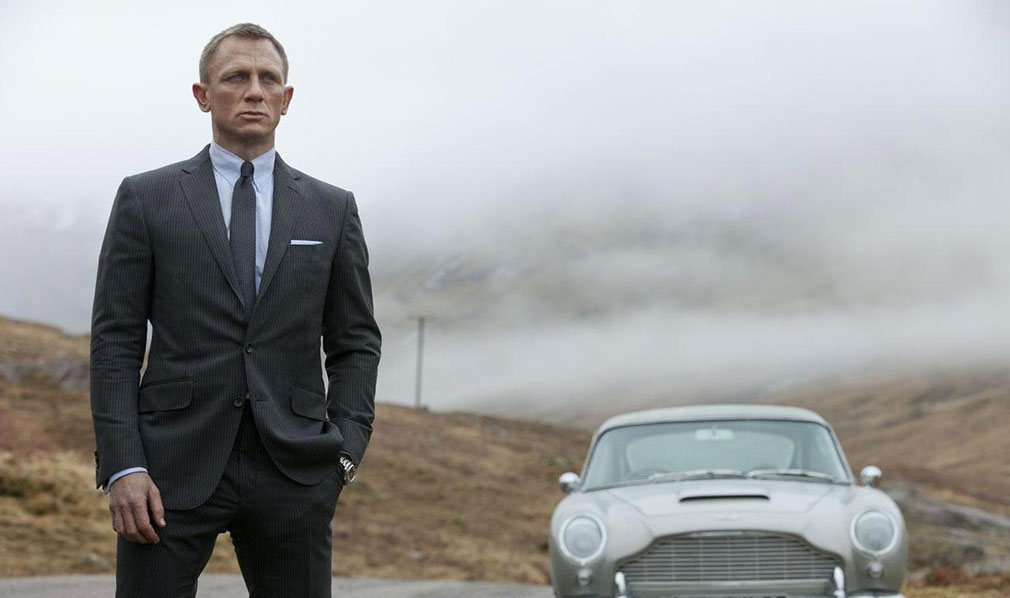 Someone’s been shot, the culprit is on the run, and James Bond is already chasing them. From jeeps, to motorbikes on roof tops, jumping through glass, and fistfights on top of trains over bridges. This is a Bond film, right from the get go, fancy Omega watches, beautiful bond babes, chase scenes and gunfights, and some gadgets. With barely any time for a good shot between bond and baddie – shot is taken – bond is hit – and he plummets to the river below. Enter Skyfall theme song, written and performed by Adele – played over a post-modern looking music video to start the film done by Daniel Kleinman (who has done all of them starting with Goldeneye to Skyfall only skipping Quatum of Solace).

I’m quickly going to focus on this part of the film because for me it is the film. Like the credits in MI3: Ghost Protocol (Dir. Brad Bird), we see the film played out in its fragmented entirety. Shown through images and metaphors of what is to come and eventually end the film “…at the Skyfall” as Adele spoils this for us. She begins the song with the line “This is the end…” – as we see a shot 007 floating underwater, sucked through a hole – thus starting the opening credits/film. Knives float down sticking in the ground as gothic headstones. Leading up to a burning house, which flames float off to be chased by huge Chinese Dragons. A kaleidoscope of women, guns, and death bring us to a shadowed bond, unsure – leading him to shoot the silhouettes he casts until there is only himself left. Which now shows again a burning building, fire and tombstones fly by as we look into the eye of Bond – edging closer and eventually getting sucked through his eye. Back through the hole we had once entered, as if resurfacing from a hole you fell through, on the ice.

I enjoyed this bond film, and I’m not the only one because Skyfall has broken the billion dollar mark. It played to the strengths of an action movie without having to get too techy or full of gadgets and elaborate plots. Q gives Bond a gun and a radio receiver – the man is the real weapon, as we all know (plus their budget has considerably dropped). Daniel Craig plays an aged Double 0 agent. This is his 3rd Bond film, with a contract for 5 total films. This would give him the 3rd most Bond roles behind Roger Moore and Sean Connery who both stared as Bond for 7 films. The film benefits from smart writing, and just getting back to form. Utilizing old cars, less gadgets, old school techniques, more build-up, and a huge burning payoff in the end. With the question for awhile being… What/Where is (a/the) Skyfall?