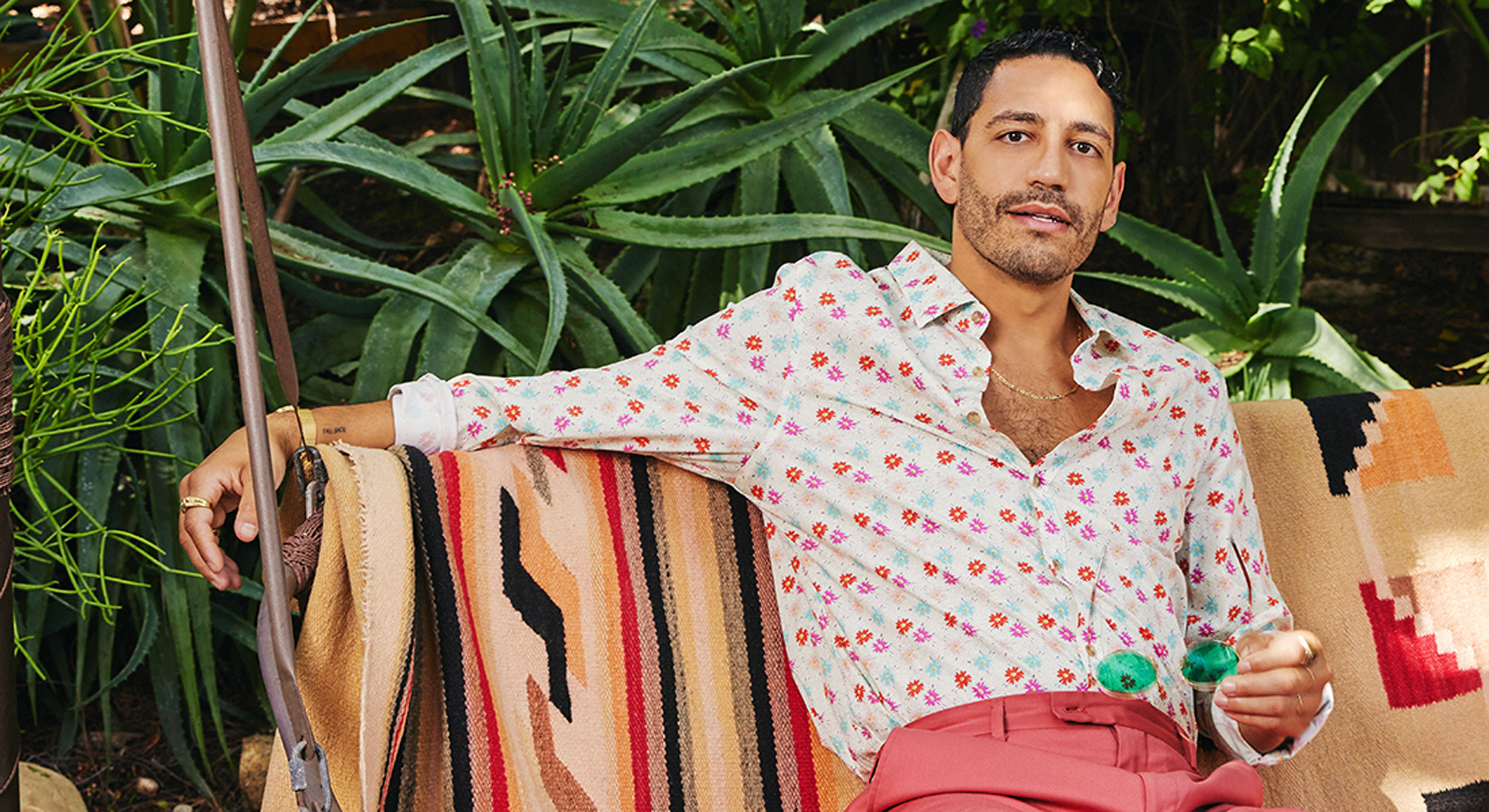 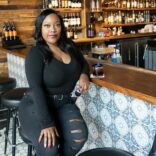 Look in the mirror. What do you see? You see yourself but think about what being you means. What color is your skin? Where do you come from? Where were your parents and grandparents born?

Christopher Rivas from Queens, New York, is half Dominican and half Colombian. Rivas is taking on roles as an actor, podcaster, storyteller, and author, yet his latest undertaking is to challenge everyone to see that, while we may come from different homelands, we are all human. One goal of this is to help the Latinx community feel empowered rather than hindered by their origin—to be proud of where they come from and able to say ‘I am enough’ in this world.

Hispanic Heritage Month ran from September 15 to October 15 and honored the U.S. Latinx and Hispanic communities. This annual recognition shows how those communities have influenced and contributed to American society. With the honor reserved for only a month, Rivas agrees that it will take more time to get to know the culture at its best. “On the surface level, it means, let’s celebrate all our beauty, joy, and stories. But you can’t do that in a month. You probably can’t do it in a year, you know? There’s diversity, complexity, and beauty in all bodies of culture.”

Rivas released his book, “Brown Enough: True Stories About Love, Violence, the Student Loan Crisis, Hollywood, Race, Familia, and Making It in America,” on October 11, 2022. This book, published by Row House Publishing Inc., which supports diversity among authors, explores what it means to be Brown in America. Half autobiography and half social commentary, Rivas shares his journey to find his true self while simultaneously having a racial awakening amidst the struggle to be “perfectly” Latinx.

Rivas’s motivation behind creating this book came when he listened to a conversation about race that was straight black and white—no mention of brown.

Rivas went home realizing he wasn’t part of the conversation. Where’s his family? Where are his people? There’s more brownish in the world than anything else.

“I went to see a speaker at an event. He was speaking about race in America—Black and White. And I raised my hand and said, ‘I’m Dominican, Colombian, a Brown kid from Queens. Where does that leave me in the conversation?’ He said, ‘Not in it.’ He didn’t say it in an aggressive way, not in a challenging way, not a wrong way, just in a way that I see as complete honesty in a binary world—in a he/she world, in a this/that world, in a black/white world where people don’t often make space for the middle.”

Different colors that carry each other

We all live in the age of creation, development, and growth. These are the days when people are not focused only on their own culture but also want to learn about different cultures around the world.

Rivas stated, “I think this goes way beyond Latin descendants. We’re looking at 24 countries, cultures, heritage, food, and music. We have things that bind us, and we have things to say in the same language but with different meanings. One thing in one place can mean something else in another.”

People of one culture are often mistaken for those of another when they resemble each other physically. Despite similar appearances, it’s important to remember they may have very different ideals and systems. Still, people who lack cultural sensitivity will quickly sum them all up under one culture.

“Someone I was with told me this story; he’s Guatemalan, and he was in a cab. The cab driver asked him, ‘Indian, Pakistani, or something else?’ And he was like, ‘I’m Guatemalan,’ and the driver said, ‘Are you sure?’ And he said, ‘Let me go ask my mom’.”

“And that’s common,” Rivas added. “When reading this book, many people will say ‘yes, I get that too. They dare to ask if I’m sure’.”

Invest in Brown and Black authors

A 2020 New York Times article shared that only 5% of books published since 1950 had been written by non-white authors.

“There are literary books not written with whiteness. Those books aren’t being read. Only 5% of them have been there, and they want to take us out of schools and libraries and wipe out our culture and society.”

Rivas wants to help the Brown community to see they are enough through his book, while the process of writing inspired him to connect with and encourage people to also invest in Brown and Black authors.

“There’s a gap between preferences and needs versus everyone else, but where is the action? The actions are not there. There is a tremendous talk about diversity and inclusion, and even I go to all these companies to give these talks, but we need action,” he said. “We can care about diversity, inclusion, and inequality. One of the ways we show up in this world is with our dollars, support, and attention. If you care, you have to show your dollars, show your voice, and you have to display your attention.”

Attached to Rivas’s book is a podcast series on SiriusXM Stitcher, “Brown Enough,” which explores the book’s themes.

“In the #BrownEnough podcast, we explore that space between black and white, and it’s an interview-style podcast. It has Brown creators with solutions to help as well as cultural enthusiasts, and we just put beautiful Brown people together, and that’s what we do.”

Rivas is also the creator and host of another podcast, “Rubirosa,” which grew out of a one-person play.

Rubirosa, also on SiriusXM Stitcher, is a 10-episode, documentary-style investigation of Porfirio Rubirosa, a Dominican diplomat, race car driver, soldier, and polo player. As a real-life womanizer, delegate, and spy, he is believed to be the inspiration for the famous James Bond character.

Rivas shared, “As a kid, I wanted to be Bond more than anything, but here I was pretending to be some white guy. When I found out he was based on a man of color, I thought, ‘How would my life have been different if the character I loved most as a child looked like me, looked like my father?’. Imagine how many kids have been pretending to be some white guy when they could have been their beautiful Brown and Black diverse selves.” Of the podcast, he added, “It’s so compelling. We don’t just glorify this man; we also call him out—it is the good and bad in all of us. I believe in radical honesty: meeting ourselves where we are, as we are, and owning it—all of it.”

Mr. Rivas, the actor
On-screen, Rivas is known for his role on the FOX series, “Call Me Kat,” played opposite Mayim Bialik, Kyla Pratt, and Cheyenne Jackson. Leslie Jordan was also a castmate prior to his passing.

In season two, the cat café owner, Kat (Bialik), chooses her new boyfriend, Oscar (Rivas), over her long-time crush, Max (Jackson). In the end, Oscar proposes only to be shut down by Kat who wants to break up. Oscar broke down. “I don’t understand. I thought we were happy,” he said. When Kat said, “Something doesn’t feel right,” Oscar just knew. She still had feelings for Max. As he has departed from the cast, Rivas expresses his love for his castmates.

“I came on to that show like a team player. There was more non-acting than acting; there’s so much I’m so grateful for. You know they’re so loving, and I love them.”

Rivas who attended a performing arts high school and continued his studies after was inspired to start acting by actor, comedian, and film producer John Leguizamo.

“I’ve been acting ever since I saw John Leguizamo on Broadway. He broke my heart in the best way that gave me the courage to pursue my dreams, and I do it for people who look like me, Colombian, and from Queens like me. I saw him speaking his true self and authentically. That encourages me; that’s an important moment for me. I dream of more Brown and Black representing beautiful armor to be heard and that they follow their dreams.”

Parental guidance
Rivas’s mother is Colombian, and his father is Dominican. With all the challenges we face in life, nothing teaches us more than seeing our parents work hard and be able to get advice from them. It helps shape us in the long run.
“I watched my parents turn nothing into something. I always say that my parents allowed me to have a life. So early on, they made a conscious decision that their children make choices because they didn’t get a chance to do many things on their own or go after their dreams. They said ‘yes’ more than they said ‘no’. To any parent, it would be hard to see their child’s dreams expire instead of letting them develop.”

Finding your place in the world

As Rivas continues to use his social media platform to promote his work and acting and his positivity, he wants everyone to know that we are all one in different forms.