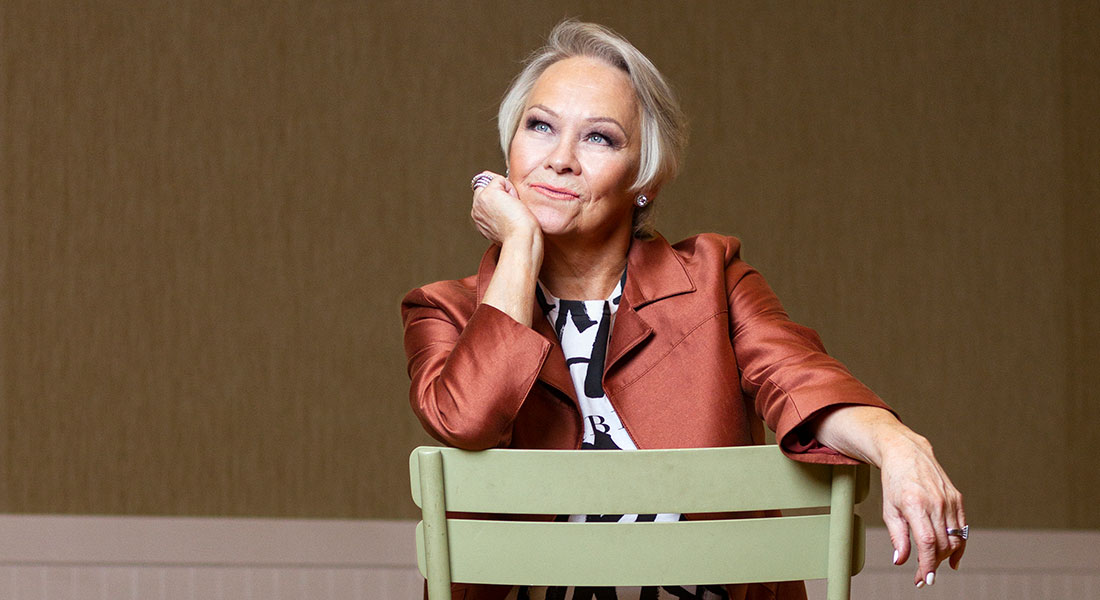 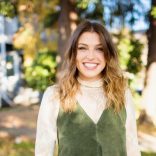 A person on the pulse. It’s a familiar descriptor, yet not commonly assigned. Reserved for the hyper aware, the ultra connected, the forward thinking, and those leading an extraordinary existence. In Candace Jordan’s case – there is no more fitting description.

A woman living life to the fullest feels like an understatement when you consider the moments Jordan has filed in her memory vault. Seeing herself on a billboard in Time Square, lunching with Salvador Dali in Spain, acting alongside Tom Cruise in Risky Business, accepting the Oprah Winfrey Female Entrepreneur Award, the list goes on. But with a highlight real that feels otherworldly, it’s her willingness to share her story and all she learned along the way that make her such a captivating fixture.

Today, the Chicago based writer and media star is known, perhaps most commonly, for her blog Candid Candace and her ten year stint writing the similarly named column for the Chicago Tribune. But Jordan is a true multi-hyphenate. With a seasoned career in journalism, modeling, acting, and a celebrated, longstanding commitment to philanthropy – the collection of awards and accolades achieved by Jordan is vast. But it only takes one conversation to cement the notion that Candace Jordan’s own story is as richly diverse as her resume and as compelling as the stories Candid Candace shares with readers.

Born in Dupo, Illinois, to parents Elsa Stott and Richard Collins, Candace Jordan had a small town upbringing. It was during her early formative years that she began work as a model.

Candace Jordan: I’ve been modeling since I was 13 years old. I guess I’m more comfortable in front of a camera than anywhere else. I never thought much about what anyone else thought, even in high school when kids can be so mean. I never felt judgment [in front of the camera] but I did for other reasons.

Jordan’s sharp work ethic began to develop in the earliest days of her career. Her sense of motivation blossoming from struggles at home.

CJ: My stepfather was a very bad drunk, to the point where the police had been called to our house on several occasions. More than anything, he fueled me to succeed. I never wanted my Mother to be disrespected because of this so I became an overachiever to make her proud and hopefully, help her hold her head up higher. I was valedictorian of my class; cheerleader all four years (captain for two); member of the Honor Society, “Outstanding Teenagers of North America” and “Who’s Who Among American High School Students”; and at graduation, won awards in foreign language, math and English. I figured this would shut up any naysayers about our family.

Silence the naysayers she did, in the boldest fashion. Jordan’s work eventually led her to the St. Louis Playboy Club. 1974 marked the beginning of her ever present relationship with the Magazine and established her as a successful working model.

CJ: I started out as a Bunny at the St. Louis Playboy Club in 1974 and then was invited to move into the Playboy Mansion in Chicago (when Hef was in residence) to work at the Chicago Playboy Club. I was Bunny of the Year in 1976, won first place in the International Playboy Bunny of the Year contest and became a centerfold in December 1979. Since that time, I’ve appeared on 9 covers (3 U.S., 6 international). I was invited back to reprise my iconic Feb. 1979 cover just 3 years ago and, last year, appeared in a cover story feature in the magazine’s “Equality Issue” celebrating 5 decades of Playmates.

Playboy doesn’t come without its own camp of critics. A camp that seems to echo the judgement Jordan and her family faced back in Dupo. Yet again, this fueled her forward.

CJ: Playboy taught me to stand up for myself in the face of adversity, be it from disgruntled so-called feminists or simply from those who disagree with my choices. In the end, I’ve learned not to judge. Everyone has different doors to open and close. I’m proud of my Playboy association and am glad to see it continuing.

Jordan’s career later shifted its focus. With the start of Candid Candace, she began emerging as a media and philanthropic star. To this day, Jordan’s writing acts as both a passion project and a tool used for good. She has built a career based on shining a spotlight on and providing a platform for a long list of Chicago charities.

CJ: I’ve been involved with the nonprofit community for as long as I can remember. Since I started writing my Candid Candace blog in 2008, I’ve always made sure it was a tool for good in Chicago and that most certainly included nonprofit news. I think my first board involvement came with PAWS Chicago (Pets are Worth Saving). This nonprofit is the largest No Kill shelter in the Midwest and was a natural fit for me considering my love of animals. Since then, I’ve fallen in love with so many others like The Joffrey Ballet (Women’s Board member), Giordano Dance Chicago (board member), founding member of the Chicago Advisory Board of Common Threads and co-founder of Ronald McDonald House Charities’ Women’s Auxiliary Board at Lurie Children’s. However, I’m so closely aligned now with so many charities, like Misericordia, A Silver Lining Foundation, Gilda’s Club, and others, that I feel like I’m on ALL of their boards.

Being exposed to the needs of others has given me so much more empathy. I realize how unimportant we all are in the grand scheme of things. You see people facing great hardship and handicaps and yet they still have joy in their hearts. It makes you know the true meaning of what’s important and what isn’t, what you need and what you think you need and so much more. They have expanded my heart in ways I didn’t think was possible. They have definitely given me way more than I’ve given them but I’ll keep trying.

For decades now, Jordan has been a champion and an advocate for Chicago. Her passion for each of her charitable initiatives can be tied to her love for the city itself. Most recently, she has been moved by Chicago’s resilience in the wake of COVID-19.

CJ: I feel like Chicago stepped up to the plate in a big way throughout this pandemic. They showed how big their hearts were and truly embodied what the City of Big Shoulders is all about. People tried to lift each other up, through volunteerism, singing on balconies to honor frontline workers, making masks for those in need, delivering food to those without and so much more. We’ve all complained throughout the lockdown, including me, but in the end, everyone came together as one. That’s why I love this city so much.

Another significant community that feels the effects of Jordan’s esteemed career and progressive perspective is women.

CJ: I don’t know how I’ve paved the way for future women but I sure hope I have. I hope I’ve shown women that their decisions are their own to make and that they should never be influenced by others who may not have their best interests at heart. Even your closest loved ones don’t truly know what’s in your heart which is why you have to be your own advocate. Trust yourself first and the rest will follow.

My advice to young girls beginning their own journey is to trust your instincts, especially when making controversial decisions. Do what feels right for you and put blinders on to the naysayers. They’re not living your life and, in many cases, they might not have your best interests at heart. You may have to toughen up a bit and develop a thick(er) skin, but I personally never let negativity get in the way of my ambition.

Vibrant and unapologetic, even Jordan is able to marvel at her past.

CJ: I’m surprised now, looking back over my history, how bold I was. I took any opportunity that came my way despite any fears I had. In some strange way, I felt compelled to do the very things that might scare me the most. Deep down I must’ve known it was necessary for growth.

Jordan recently accepted a position as a contributing editor for Chicago Star Media. In the coming years she plans to continue expanding the reach of Candid Candace, improve her writing, travel, spend more time with her husband of 31 years, Chuck, explore and promote new nonprofits, and continue to watch Chicago grow and thrive.