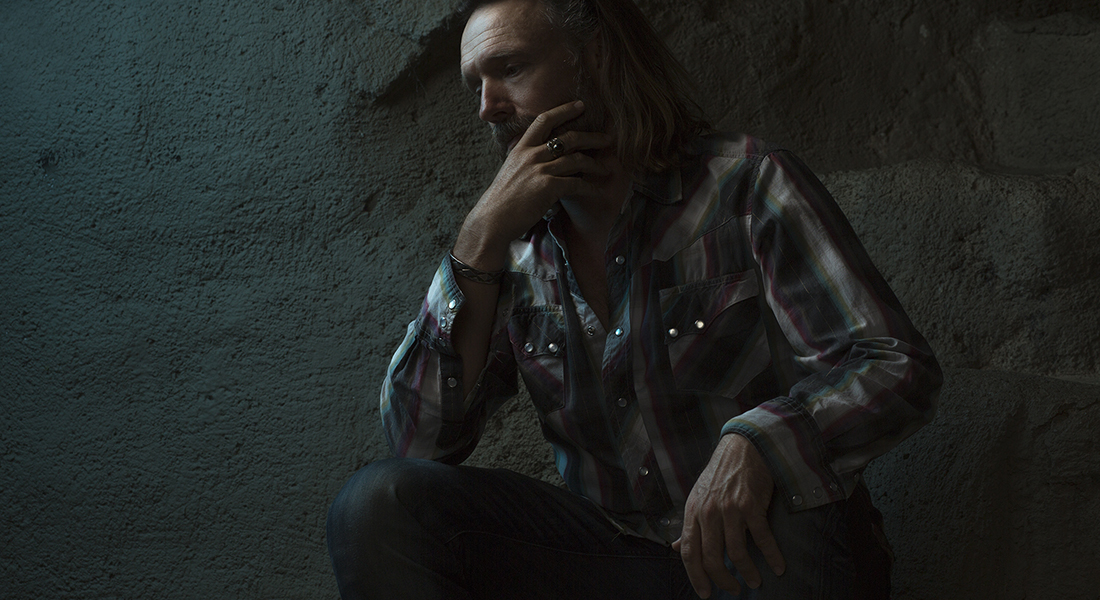 The actor discusses his career and life in 2015, playing Tex in the second season of ‘The Last Ship’ and his new role as Jack in season five of ‘Suits’.

It may surprise you that Pyper-Ferguson is in two TV series airing at the same time. The new seasons of ‘The Last Ship’ and ‘Suits’ both premiered in June.

It’s not hugely uncommon in this era of post-production for this to occur. Pyper-Ferguson complimented the team working on the post-apocalyptic drama ‘The Last Ship’, shot in California.

‘It’s pretty spectacular- it sets off where it left off (moments later or hours later) everyone is in jeopardy in some form or another, there’s lots to accomplish in a very short, two-hour premiere. It’s non-stop and as always the show is really impressive with its action and explosivity.’

In comparison to his latest role on Suits, in which Pyper-Ferguson is featured from the second episode on, he stresses that they are both great shows- but in completely different ways.

‘Suits is a world away from The Last Ship, another dimension, like two episodes of the Twilight Zone- both of them fantastic in their own way. The Last Ship is running around with guns, getting the bad guys, the odd one-liner here or there, whereas Suits is this rapid-fire world, there is a rhythm to it; there is a way of expressing yourself in this corporate environment. You’re a killer out to kill the people in front of you, only you are doing it with words as opposed to ammo, they are both relentless.’

He’s currently shooting ‘Suits’ in Toronto, flying out to the studio from his home in Los Angeles. ‘Because I’m shooting Suits as we speak, I’m really fired up about it. It’s back to the challenge of sculpting long scenes containing word play and speeches, making tons of choices. You can really work on affecting the other character, because everyone is in conflict with one another, and it is expressed verbally, it is certainly more dynamic acting.’

The setting of ‘The Last Ship’ has a harsh remoteness to it. Tex is part of a crew aboard a military vessel, to survive the characters have to get along as they are forced to face the reality of near human extinction. For the actors, this festers a positive relationship between recurring characters. Pyper-Ferguson prefers the opposite: ‘It’s more fun for me in a scene to have conflict with another character. Sometimes you get a punch in and sometimes you get hit. It makes Suits really exciting and really challenging because every character is constantly vying for position.’

The intense atmosphere of the legal drama gives the cast more leeway to express their talent. ‘You’re definitely more responsible for the storytelling in something like Suits. The Last Ship is quick-fire, with a lot of pieces to assemble, you’re still responsible for your own bits/moments and they have to vibrate and sing.’

The aesthetics of ‘Suits’ has made an impact on Pyper-Ferguson, he has confessed to losing his ‘duck-dynasty look’ as he didn’t think his new character was a ‘hippie lawyer nor one for a motorcycle club. The long locks have been lost for the time being’ he adds, ‘I personally prefer having long hair but with the business I’m in I don’t always have the option.’

Pyper-Ferguson has worked with USA Network a number of times- most notably the penultimate villain in the final season of ‘Burn Notice’ and he played a role in a 2010 episode of ‘White Collar’.

‘I have some good working relationships over there so when the phone rang the manager and agent were on the other line, they said we’ve got an offer for you to do an arc on Suits, are you willing to shave and cut your hair? I said well what’s the role, what’s the participation and is there something fresh I can bring to it? I read the scripts, loved the character and the show, and felt ready for a change. We made a deal and we were in conversation about what the character was going to look like, who he was, all that kind of stuff. There are times in ones career when you’ve been around and people just trust you. It feels good.’

Filming for the first season of ‘The Last Ship’ started in early 2014 and since then Pyper-Ferguson has befriended some of the cast. ‘I’ve become really great friends with Sam Spruell and I golf regularly with Adam Baldwin, Charles Parnell and Mark Moses. I’m so new to Suits. Everybody is awesome! It’s such a strong cast, a really great group of actors/actresses. They’ve been nothing less than incredibly welcoming to me joining them this year- and those are the things you hope for.’

Shooting two series so close together we were interested to see how Pyper-Ferguson assimilates character, and whether any aspects of his roles have affected him in his personal life.

‘I think if someone can say they turn it on and off I just don’t think they are being true to themselves. If you’re doing these things and you’re investing in them they affect your life, there is no way around it. You want to acknowledge it, you want to live with it and you want to be smart about it. Sometimes your character can linger, Jack Soloff is a fiery guy, it takes time to wind down from his scenes. With Tex I always seem to want a beer. There are times your character can teach you new ways to be, and you should latch on to those moments.’

In a thorough explanation of the processes he undergoes to take the positives from his career, he quotes poet George Eliot.

FELIX is the charitable fundraiser for the Aparecio Foundation. In terms of his own charity work, Pyper-Ferguson isn’t known to be somebody who gets behind just a single cause. ‘My sister died last November from Pancreatic Cancer. I feel connected to that battle and those organizations, so I help when I can. I support a number of other causes, often when someone comes to me with a project that seems viable. I’m a sucker for a charity golf event, if the cause is good it’s a yes as long as I’m available’.

Back in LA, Pyper-Ferguson expresses his limited free time. ‘It is spent in Yoga or hitting a bucket. I have been working on my music with some friends but I’m so busy and they’re in other bands. It is really difficult to find time to rehearse but we’ll get it done when we get it done. I’m also doing some writing, and constantly eye-balling the heaps of dialogue I have on Suits’.

Nothing is confirmed for the future but John Pyper-Ferguson is in love with a ‘vibrant and busy life.’