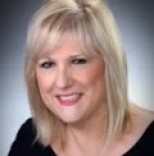 For some people a Hennessy on the rocks is the next thing to complete Nirvana. They don’t want to mess with what has become a time-honored tradition.

Mixologist Jordan Bushell agrees. Bushel is well versed in the art of the perfect cocktail. He attended George Brown College for wine trainings, Humber College for the Prud’Homme Beer Certification.

He recently celebrated Summer Classic Cocktails/Classic Cognacs Week with Felix Magazine in the sultry city of Chicago. Known for his delectable signature cocktails such as The Maple Man He explains that it includes citrus, maple syrup and cognac; along with a cranberry cocktail made of sugar, Hennessy, lemon juice and cranberry sauce. To begin: coat the rim of a Martini or coupe glass with a mixture of equal parts cinnamon and sugar, and set aside. Add the remaining ingredients to a shaker and fill with ice. Shake, and strain into the prepared glass. Garnish with an orange twist.

Since joining Hennessy in 2011 as the U.S. Ambassador of Mixology and Brand Education, Bushell has traveled around the globe to discover new flavors and techniques for Hennessy Cognac. He competed and has placed in numerous cocktail competitions, including Havana Club Toronto, Havana Club International Grand Prix, Canadian National Appleton Competition, Toronto Whiskey Live, and Belvedere International Dream Job Search.

During his week in Chicago and abroad, Bushell has demonstrated cocktails that feature V.S.O.P Privilège. The week featured Cognac classics, alongside recipes with new twists on the classics, crafted with the perfectly balanced V.S.O.P Privilege. Hennessy continues to honor over two- centuries of collaboration, talent and shared ambitions between two families – Hennessy and Fillioux – the partnership at the heart of Hennessy V.S (Very Special). This is the boldest Cognac in the Hennessy portfolio, a blend which has driven the brand to be the world’s number one Cognac.

Since 1765, Hennessy has pursued a mission to create the world’s finest Cognac and to do it consistently. More than two centuries later, Hennessy is still driven by that commitment to excellence, stewarded throughout the years by eight generations of the Hennessy family and seven generations of one family of master distillers. In fact, this passion to exceed the limits of potential is the inspiration behind the Hennessy brand ethos: “Never stop. Never settle.” Hennessy V.S is the modern-day equivalent of the original Hennessy Three Star, which was originally created in 1865. A reflection of the House of Hennessy’s savoir faire, Hennessy V.S is a bold expression of flavor balanced by smooth finesse. Whether enjoyed classic style or in a mixed drink, Hennessy V.S consistently provides a smooth and deliciously lively taste that aficionados have come to expect.

The striking Hennessy V.S Limited Edition Bottle was perfected by tattoo artist Scott Campbell. He is one of the most popular and most celebrated tattoo artists on the planet. His living designs can be seen on Hollywood celebrities, rap stars, fashion mavericks, and many more. He is also one of the brightest new voices in contemporary art, with groundbreaking works featured in some of the most cutting-edge galleries in New York, Los Angeles, Miami, London, Singapore and Tokyo.

Hennessy continues to champion artists such as Campbell, who “Never stop, Never settle.” demonstrating an uncompromising will to succeed while pushing the boundaries of their potential. Campbell’s versatility, along with the unique attention to detail and craftsmanship he dedicates both to his artwork and his tattooing prompted Hennessy to invite the Los Angeles-based artist to create his own Hennessy Very Special Limited Edition design in 2016. Hennessy V.S Limited Edition Bottles by Scott Campbell will be available nationwide on July 11th. Hennessy V.S retails for $49 (750 ml) and are available at fine retailers nationwide.