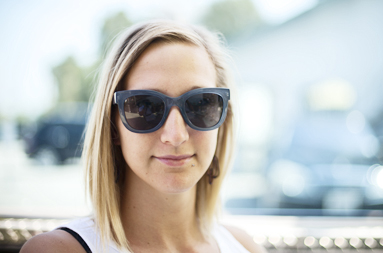 Kristyna is a photographer who specializes in storytelling. Her work…

An inside look at the bewitching jewelry featured in the feature film, “Oz the Great and Powerful.”

Kristyna is a photographer who specializes in storytelling. Her work focuses on conceptual narrative, fashion lifestyle, and environmental portraiture. After growing up blocks from 8 Mile Road and traveling all over the Asia-Pacific with a photography team, she's capable of finding a common denominator regardless of upbringing, culture, or language. She is influenced by her own paradoxical observations, the idiosyncrasies of human behavior, and an inherent love for fashion and design. Kristyna strongly supports and believes in Aparecio's cause and is honored to take part in contributing to such a great charity. Some of her clients include: The New York Times, Refinery 29, Modern Luxury Publications, TimeOut Chicago, Tom Dick and Harry, Resource Magazine, Elle Decor, Glossed and Found, and We Are Handsome. Her work has been exhibited in the Glass Curtain Gallery, Woman Made Gallery, and in the Union League Civic & Arts Foundation.